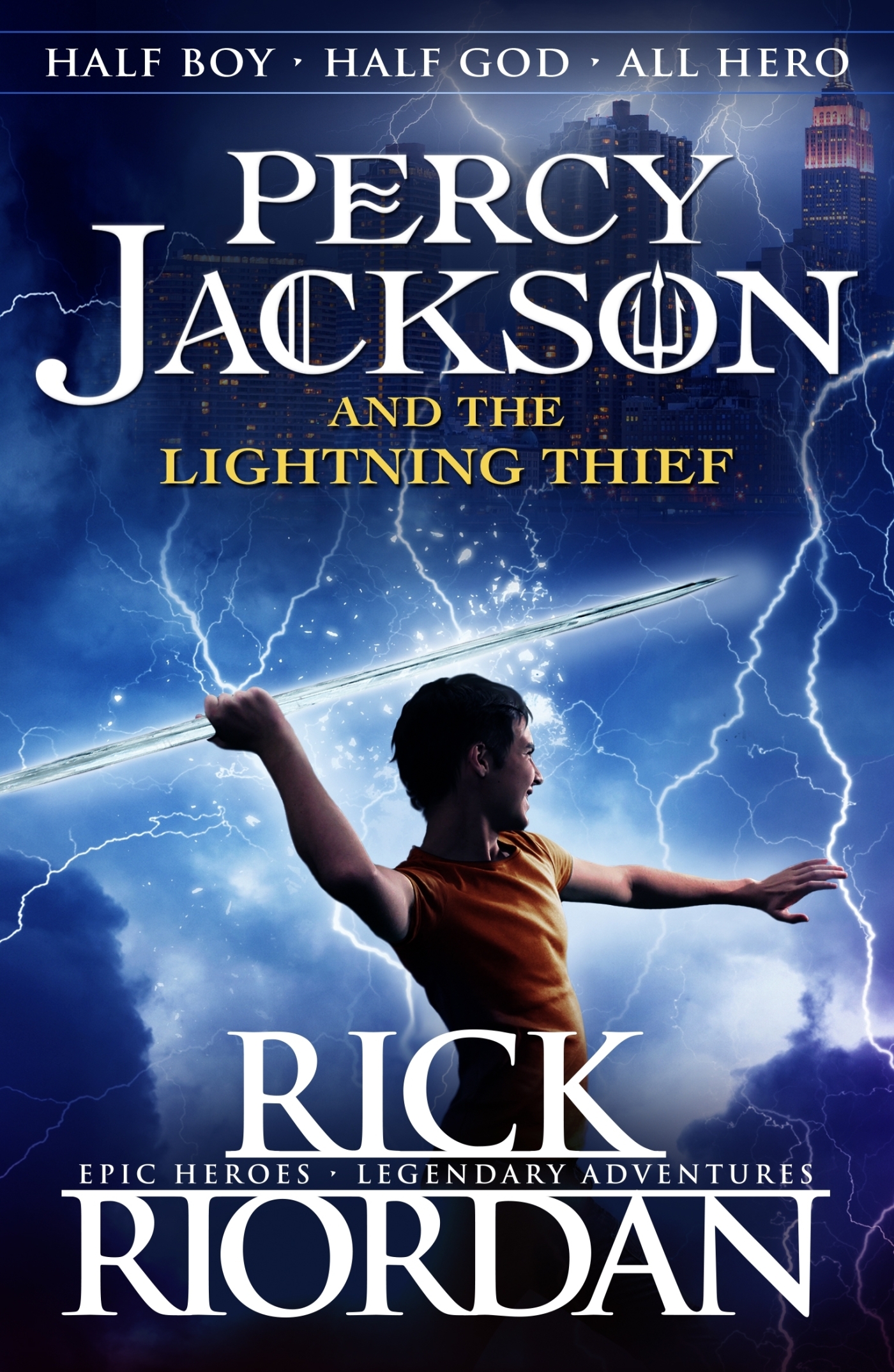 Goodreads description:
Percy Jackson is a good kid, but he can’t seem to focus on his schoolwork or control his temper. And lately, being away at boarding school is only getting worse – Percy could have sworn his pre-algebra teacher turned into a monster and tried to kill him. When Percy’s mom finds out, she knows it’s time that he knew the truth about where he came from, and that he go to the one place he’ll be safe. She sends Percy to Camp Half Blood, a summer camp for demigods (on Long Island), where he learns that the father he never knew is Poseidon, God of the Sea. Soon a mystery unfolds and together with his friends—one a satyr and the other the demigod daughter of Athena – Percy sets out on a quest across the United States to reach the gates of the Underworld (located in a recording studio in Hollywood) and prevent a catastrophic war between the gods .

Follow Percy as he learns about the truth. It’s a fun little tale of adventure and unexpected twists and turns. It had me smiling the whole way through, from the childish jokes to the fun banter between friends and other personalities within this novel. I truly did enjoy this book.

I didn’t completely resonate with this novel, but I believe that’s more because I’m 24 and this novel is targeted at ages 9+. I might just be a *little* out of the age bracket they’re after. But only a pinch! It was still very enjoyable nevertheless. I love some of the details, especially how Riordan goes about explaining away ‘mortals’ assumption on something magical that occurs. Very cool!