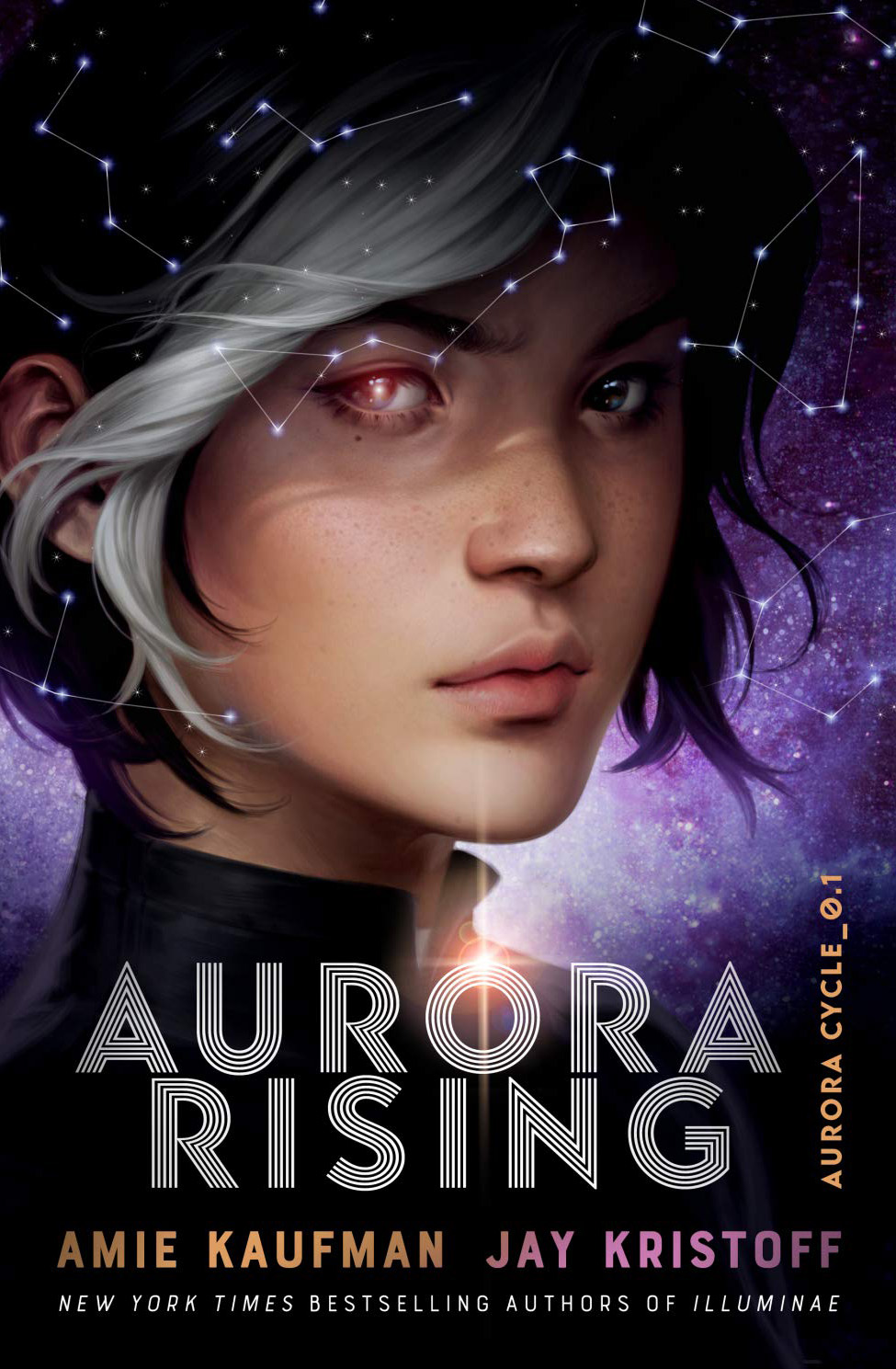 GOODREADS DESCRIPTION:
The year is 2380, and the graduating cadets of Aurora Academy are being assigned their first missions. Star pupil Tyler Jones is ready to recruit the squad of his dreams, but his own boneheaded heroism sees him stuck with the dregs nobody else in the Academy would touch…
A cocky diplomat with a black belt in sarcasm
A sociopath scientist with a fondness for shooting her bunkmates
A smart-ass techwiz with the galaxy’s biggest chip on his shoulder
An alien warrior with anger management issues
A tomboy pilot who’s totally not into him, in case you were wondering
And Ty’s squad isn’t even his biggest problem—that’d be Aurora Jie-Lin O’Malley, the girl he’s just rescued from interdimensional space. Trapped in cryo-sleep for two centuries, Auri is a girl out of time and out of her depth. But she could be the catalyst that starts a war millions of years in the making, and Tyler’s squad of losers, discipline-cases and misfits might just be the last hope for the entire galaxy.
They’re not the heroes we deserve. They’re just the ones we could find. Nobody panic

I think I might hold Jay and Amie on too high of a pedestal. I love them both, and as weird as this sounds, I think that’s why I didn’t like this one as much as their other stuff. Admittedly, I wasn’t the biggest fan of These Broken Stars either. I loooove Illuminae, but in comparison (because we all know we can’t help it), Aurora Rising didn’t hold a flame against it.

Aurora Rising was good, don’t get me wrong, and I’m definitely going to be diving for the sequel when it’s released, but the first book definitely isn’t my favourite. It took soooo long to get into. I was past the halfway mark before I finally found myself caring for the characters and what happened to them. (I must admit, I was getting a little pissed that it took so long).

I loooooved the Squad concept, but I think this was also their downfall because it includes a point of view for all seven members, and I think that’s just too much all at once. It swapped and changed charcters too much for me to have enough time to sink my teeth into my favourites. I think that if the multi-character aspect started on later in the novel, I would have enjoyed it a lot more, but that’s just me.

When the plot kicked into gear, I flew through this one. The moment I clicked with the characters, I couldn’t put it down. I needed to know what happened. It was the moment I’d been waiting for. It was what I love so much about their writing, the need to finish something in one sitting. It’s the feeling I live for!

I do recommend reading this one, but highly suggest giving Illuminae a go first, because golly gosh, you’ll love that one!